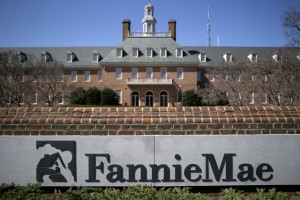 Alright, maybe they haven’t paid you back directly.  They have paid pack the US Government.  The Federal National Mortgage Association, or Fannie Mae as it’s more commonly known is a government sponsored enterprise (GSE).  It was founded in 1938 during the great depression as a part of the new deal.  Its purpose is to securitize mortgages made by lenders and turn them into mortgage backed securities.  This allows lenders to free up additional capital to make more loans.  This, in theory, allows for greater home ownership.

In 2008, Fannie Mae was on the brink of bankruptcy.  The mortgage meltdown had weakened the mortgage giant and its stock plummeted 90%.  They, along with Freddie Mac (another GSE), owned about half of the $12 Trillion mortgage market.  On September 7, 2008, it was announced by James Lockhart, director of the Federal Housing Finance Agency, that the Federal Government would take Fannie Mae into conservatorship.  Basically, they took control of the company.  By the end, the Federal Government (you and I) would bail Fannie Mae out to the tune of $189.5 billion.

Now, the good news; as of the fourth quarter of 2013, Fiannie Mae has repaid the entire debt bailout amount and then some.  With an annual record setting income of $84.8 billion in 2013, they were able to pay back the remaining balance of their federal loan.  More specifically, they have paid back $192.5 billion dollars to the federal government to date.  This is good news for the economy and the housing market.  While I don’t prescribe that everything is back to normal with the economy writ large, I’m optimistic.

Most people tend to put a lot of the blame on the banks for the housing meltdown.  I understand this belief and agree to some extent.  Fannie Mae is certainly guilty as well.  But, people should place blame on the department of Housing and Urban Development (HUD).  HUD changed the requirement for affordable housing loan percentages.  This was a prime factor in the mortgage meltdown.  At one point, HUD required 56% of loans to be considered affordable housing loans.  This lead to Fannie Mae (and Freddie Mac) established programs to buy $5 trillion in mortgages and encouraged lenders to relax standards.  This encouragement, in a sense, created a race to the bottom and would feed the drive for lenders to come up with any way possible to qualify people for mortgages.   These methods included, among others, the use of no-doc, ARM, negative amortization (NegAM), and no money down mortgages.

We all know what happened next; the worst mortgage meltdown in history. While their intentions may have been good, the real world impact of these policies and decisions were devastating.  In this case, it created a mortgage feeding frenzy that would end in disaster.  I’m thankful that today things are returning to normal and Fannie Mae has paid back the Federal Government, i.e. the US tax payers.

Please comment below.  Is there anything you disagree with or think I missed?  Please let me know.

An enthusiast's perspective on real estate news, investing, trends, commentary, rehabbing, and everything in between. Thanks for visiting. Please feel free to leave comments, ask questions, send an email or just say hi. I love talking about real estate and I want to hear what you have to say.

Looking for something specific?

A great discussion about wine with Paula Tritt